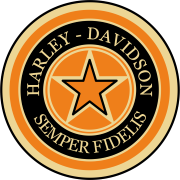 You need to logn in order to leave a comment

It is a joy for every real fancier of the Harley-Davidson brand to ride with soulmates under the motto “The way is the goal”,

especially if you want to see scenic areas, ideal for tours, with only little traffic and undisturbed.

A motorcycle tour through Altmuehl Valley is certainly a great possibility for such an excursion.

and valuable testimonies of early cultural history along stunning roads.

On your way with your motorcycle in Altmuehl Valley between Solnhofen and Altendorf.

The rock formation of the valley is located in the south-west area of the Altmuehl Nature Reserve,

between the market town Solnhofen and its district village Esslingen. Altmuehl Valley covers a land surface

of around 3,000 sq km and is the second largest nature reserve of Germany.

Some people say that it is the most beautiful and most important nature reserve of the Southern Frankenalb.

Its official name is “Juratrockenhang (what means Jurassic Dry Slope) with the rock group of the Twelve Apostels”.

The tourism region Franconian Lakeland is also a part of Altmuehl Valley, with Lake Altmuehl in the west,

Lake Brombach , Lake Roth in the north-east and Lake Hahnenkamm in the South.

In addition to the lakes a special focus has been placed on the historical development of the region,

which offers a wide range of attractions from the Romans to the medieval cities, and from the Baroque to modern times.

Altmuehl Franconia is the swath of land along the Altmuehl river and it belongs to Middle Franconia.

It is a sub-area of the rural districts Ansbach and Weissenburg-Gunzenhausen.

The region also includes the Franconian Lakeland district and the eastern part of the Altmuehl Valley.

The name “Altmuehl Franconia” was characterized by the Nuremberg historian Ernst Eichhorn.

before it flows to Solnhofen, in the upper Bavarian county of Eichstätt.

Barrows from the Hallstatt period indicate an early settlement.

Later on it was the borderland of the Roman Empire at the Limes.

The region is now located between the rurally characterized cities of Nuremberg, Ingolstadt and Augsburg.

Course of the Altmühl: The Altmühlfranken region lies along the river between the source and Eichstätt.

A look in the Altmühl valley

This site uses cookies. By continuing to browse this site, you are agreeing to our use of cookies. More Details Close